Delta of Venus : A Journey’s End is in the Beginning by Hoshang Merchant 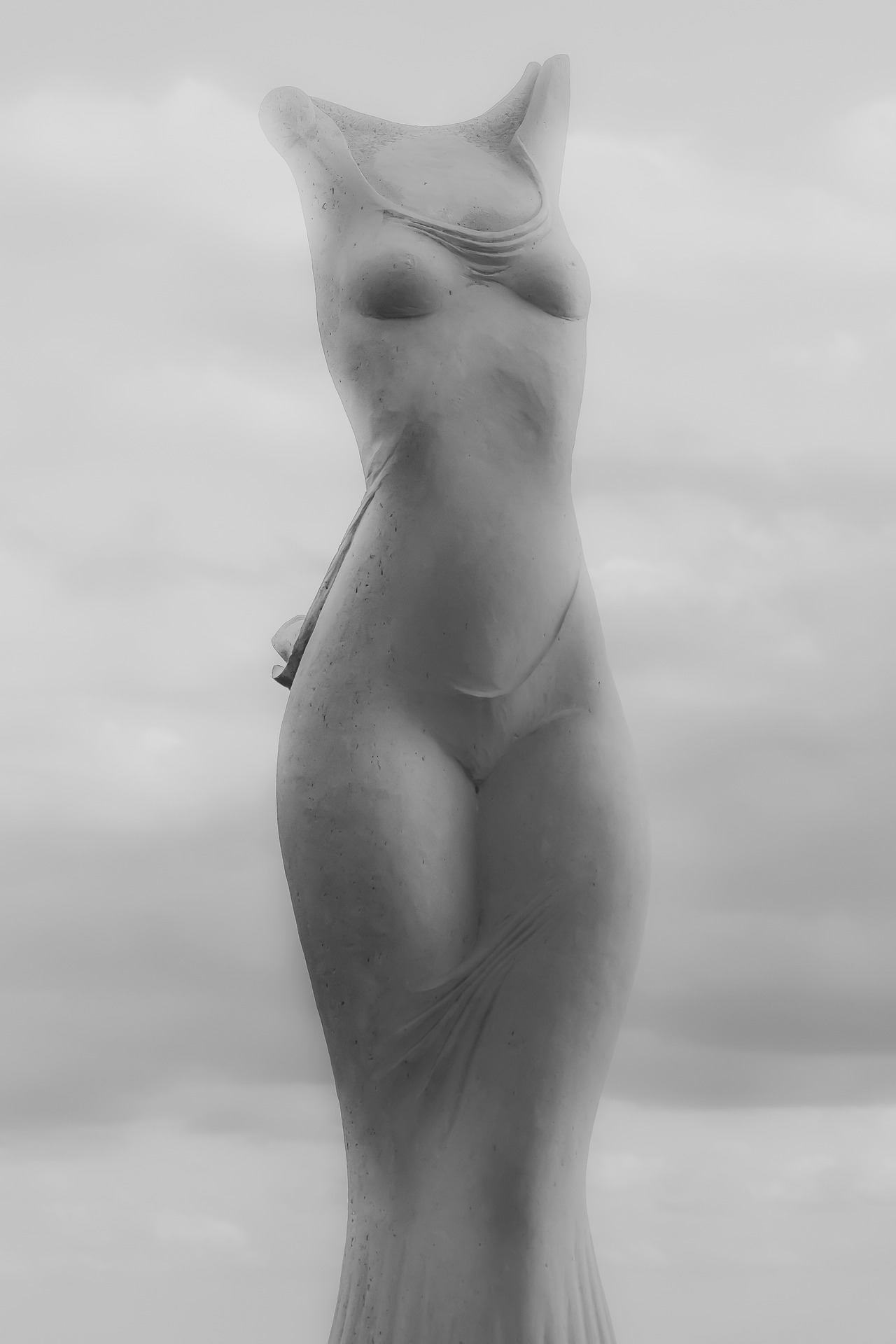 Delta of Venus : A Journey’s End is in the Beginning

Simone amused herself by slipping the (dead monk's) eye into

the profound service of her ass.

Delta of Venus is a best-seller. Prospective readers are solicited through newspaper ads. ‘Before Erica Jong was Anais Nin.’ In the intellectual weeklies a discreet ad in the Personals: ‘Sensuous men and women read Delta of Venus by Anais Nin.’ Anais Nin has been accepted, posthumously. There is an Anais Nin industry. How the collection of stories was written we have been candidly told: ‘A collector approached Henry (Miller) with a proposal of a $100 a month for writing erotic stories. It seemed like a Dantesque punishment to condemn Henry to writing erotica.’ Anais Nin herself wrote a few stories which are now published as a modern Scheherazade, a Thousand and One Nights. She confides to her Diary, ‘Writing erotica is a way to sainthood’ (Diary III)

It has been suggested that her aestheticism lies in her sensuality coupled with sympathy. Love is embodied Eros, the capacity to love without guilt.¹ For Anais Nin, writing has always been a Kama Sutra, a way of seducing the reader. Erotica is the most direct of such seductions. The stories are told from a woman's point of view. A woman tells us what she feels in the most intimate of human acts. She feels joy, pleasure, a certain triumph, a certain smugness. We are told all this from a vantage point of courtesans.

The predecessors of Anais Nin here are the Japanese pornographic writers and print-makers. The emphasis is on delicacy, refinement, suggestion. Nothing is coarsely stated, Voyeurism? Yes: Vulgarity? No. Lady Murasaki and Utamaro would not approve.

In Medieval Japan a man interested in a woman would send her a thirteen-syllable poem expressing his sentiments. If she replied artfully enough, he visited her, perhaps attempting to insinuate himself behind her screen and eventually into her bed. At cockcrow he arose and upon arriving home sat down to write his ‘next-morning’ letter. Noteworthy poems collected with explanatory head-notes, were the precursor of narrative fiction in Japan.’

All of Anais Nin’s work is such a ‘next-morning’ letter. She says she writes of love because in writing of love she savours the lovemoment twice (the Diary). We are not used to such niceties:

To others, the universe seems decent because decent people have gelded eyes. That is why they fear lewdness. They are never frightened by the crowing of a rooster or when strolling under a starry heaven. In general, people savour the ‘pleasures of the flesh’ only on condition that they be insipid’

We are given stories about heterosexuality, homosexuality, lesbianism and dog. Every one of them is joyous. Anais Nin, the psychologist, in the novels treats the theme of incest metaphorically as an aesthetic. In the pornography, the writer is licensed to write literally and bring all longings to joyous fruition. In other words, we are given serious themes light-heartedly and with joyous exaggerations. Anita loves incest, so she does it. It is all very plain. If Anais Nin, the psychologist, knows that jealousy is necrophiliac she is at liberty as a pornographer to show us a jealous man, Pierre, happy with a corpse. She has been on record as saying that she much rather is on the side of incest than unhappy lovelessness.* What is madness but a literalization of metaphors?

In the Western world we know from the orgiast par excellence, Marquis de Sade, that the desire to obtain release from the tyrant of sex ends only as debauchery. The Christian calls it ‘sin’. Anais Nin, the votive nun to father and art, is no stranger to this idea. Very well then, she will sin. Sin however is not Eros, it is sublimation of Eros, just as writing about incest and committing it are two different things. The post-Victorian Freudians will have us believe that writing about sex is nobler than doing it, and almost as good, which is rubbish.

However, the intellectual fascination with sex remains. Sex is death and hence is as important as death in the discussion of existential ideas. The scandalous truth, when women are willing to tell it, the delicate male ego notwithstanding, is that the act of sex leads only to a loneliness for which there is no cure except death. Hence Story of the Eye, Georges Bataille’s novel, which tells this truth, is a story whose time will probably never come:

Death was the sole outcome of my erection, and if Simone and I were killed, then the universe of our unbearable personal vision was certain to be replaced by the pure stars...realizing in a cold state...something that strikes me as a goal of my licentiousness: a geometric incandescence (among other things a coinciding point of life and death, being and nothingness), perfectly fulgurating.*

Anais Nin’s heroine, Lillian, does experience this vacuum, left post-coitous, in the very first novel of the cycle. The metaphor is of a gash left gaping between the legs after the man has withdrawn. It is as if a tree is uprooted from the earth and a deep gash left where the roots were. This linking of death and the furtive amorous experience gives the story set in war-time Paris its poignancy. What we call ‘coming’, the Elizabethans called ‘dying’. A text is a tree.

The text of bliss is never the text that recounts the kind of bliss afforded literally by an ejaculation. The pleasure of representation is not attached to its object: pornography is not sure. In zoological terms, one could say that the site of textual pleasure is not the relation of mimic and model (imitative relation) but solely that of dupe and mimic (relation of desire, or production)⁶

Desire has an epistemic dignity. Pleasure does not. Society refuses bliss to such a point it produces only epistemologies of the law.... Odd, this philosophic permanence of Desire in so far as it was never satisfied.* ⁸

So we are brought to those women who live by sex primarily, namely the prostitutes. From them we learn that sex becomes a way of staying in touch with the earth, not kicking free of the earth, dwelling on earth. Utamaro in his series of prints. The Beauties of the Hours (in the British Museum's collection) depicts the ritualized world of sex in medieval Japan. It is the high ritual that fascinates Anais Nin. She calls such a ritual stress on beauty an ‘ethical aestheticism’ (an unfortunate phrase). Utamaro details the assignations, the dressing, the tiredness, the boredom, the ugly fact of prostitution behind all these dreams of fair women in feudal Japan. When he depicts the sex act we are encountered with three circles, the round of the back of the womans head, the blank circle of the client's face, featureless, except for the one eye, and the perfect round of the prostitute’s buttocks. There is criticism in that equation. Anais Nin’s prostitutes are war-weary but never sex-weary. Like Utamaro’s women, their only hour of repose is the pre-dawn hour when they go to bed alone. Sex, prostitution has been equated with priest-craft. These women are priestesses of their art, nuns to repetition. Nothing is learned and everything is forgiven. Repetition is of interest to an artist. The same story begins over again makes for many new stories. Repetition also nullifies everything. From this nothingness Utamaro rescues his prints, Anais Nin her canvas. There exists also a long French tradition of the sensualized intellect:

Marquis de Sade’s libertine who when he managed to hang himself, cut the rope at the very moment of orgasm, in his bliss provides an analogy for the pleasure of the text, this untenable, impossible, purely novelistic instance. The text seduces me and proves to me that it desires me, the reader. The proof exists; it is writing. Writing is; the science of the various blisses of language (this sentence has but one treatise; writing itself.)⁹

When one like Sade abhors nature and wishes to wickedly parody it, as art, what one comes up with is an equation between the life principle and the death principle. Sade is surrealistic in Sadism. One can either only be cruel to others, or be cruel to oneself. Sade chose others, Petrarch and all the romantics after him chose to bring suffering upon themselves, in the name of the Beloved. Masoch is Surrealistic in masochism. Petrarch gave us sonnets, Sade gave us treatises disguised as novels.¹⁰ Those who lack language, like the servant-maid in Oshima’s film, In the Realm of the Senses, have to experience the ultimate orgasm, after the tedium, through a lover’s castration or murder (actually a suicide), and wander through cultural streets, literally or metaphorically, blood-dripping genital in hand, begging identification of anonymous loves.